Director of Athletics and Physical Education

Brian Krauss joins Congressional School as the Director of Athletics and Physical Education after serving in a similar role at Millbrook School, an Upstate New York boarding school, for a number of years. Prior to his time at Millbrook, Brian taught various levels of elementary school after receiving his undergraduate degree from Salve Regina University in Newport, Rhode Island.

When he is not at work, Brian loves to run, woodwork, and watch baseball. Having grown up in Massachusetts, he is a fervent fan of all New England sports teams, particularly the Boston Red Sox. Brian also enjoys coaching his sons' recreational athletics from soccer to basketball to baseball. Both of his sons, Nolan and Tucker, will be students at Congressional School this year. Finally, if ever there is a lull in a sports season, Brian can be found quilting or hanging out with his wife, Sara, who is also an educator. Brian is excited to have joined the Congressional School community and looks forward to making connections with his students and their families. "Whether on or off the field, there are few things greater than witnessing a student's growth and achievement." 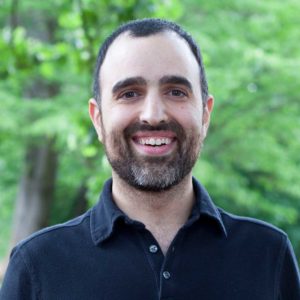 Director of Strategic Marketing and Communications

Associate Head of School, Director of Lower and Middle School
VISIT
APPLY
GIVE