Ru first joined the Congressional family as a Social Media Video Producer at Congressional Camp in 2011. After her first summer with us, Ru began freelancing for Congressional School, producing videos and providing photography. She continued to freelance and work at camp, becoming the Social Media Team Lead, through her college years.

After graduating college, Ru spent a year abroad in Ecuador to teach English, and returned to the states as a video production freelancer working for Congressional and local non-profits. Ru officially joined the Congressional staff full-time in the summer of 2016 as our Communications and Multimedia Manager working in design, website, social media, video, and photography as a part of the Advancement team.

Outside of work, Ru loves volunteering with youth and international students. She enjoys learning about other cultures, traveling, volunteering at church, being outside in her hammock, and spending time with her husband, family, and friends. “I love how different every day is at Congressional and how I get to dabble in all sorts of media, all while working alongside supportive co-workers with the sound of children in the background.” 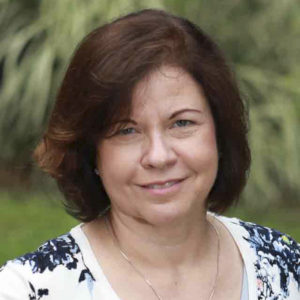