Dan originally joined Congressional as a seasonal staff member with the summer camp in 2004. After serving in a variety of leadership roles with the summer camp, Dan joined Congressional full time in 2007 as Co-Curricular Director overseeing the Camp and After School Programs. Dan currently serves on the American Camp Association Virginias Leadership Council, Chairs the annual CampCon event and presents at a variety of local and national conferences each year. Prior to joining Congressional, Dan spent six years as a teacher and also ran a tour and travel operator in the DC Area.

When he’s not working, Dan enjoys playing soccer, rooting for our local sports team, spending time with his wife Kim and their three young daughters, Kendra ‘23, Kinley ‘25, and Kaila ‘28.

“I love my job because no day is ever the same. Every day brings new encounters and situations which challenge my creativity and passion to deliver outstanding programs for our campers and students.” 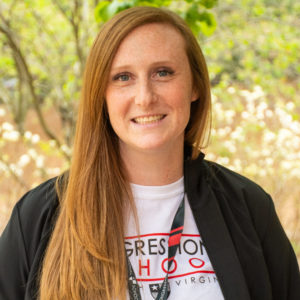